TO UTILIZE LEADERSHIP, CONTINUOUS IMPROVEMENT AND AN UNRELENTING WORK ETHIC TO BECOME A TRUSTED PARTNER IN THE PRODUCT-HANDLING INDUSTRY.

Being entrusted to serve in ways that make a memorable and measurable difference.

To provide unmatched value through execution and expertise while building
meaningful relationships with our associates and customers.

INTEGRITY } We commit to practice behaviors that promote honesty, trust and long-term relationships.

PEOPLE } We commit to creating opportunity for our most valuable resources: our associates.

SAFETY } We commit to a standard of excellence in safety that protects the health of our associates and customers.

SERVANTHOOD } We commit to listening, learning and continually improving to ensure customer value.

RESULTS } We commit to achieving our financial goals of profit, sales growth and waste reduction so we may keep
making a measurable difference for our associates, customers and communities.

"THERE HAS TO BE A BETTER WAY."

THAT’S WHAT CHUCK WALL THOUGHT OVER 20 YEARS AGO WHEN HE SET OUT TO SOLVE UNLOADING CHALLENGES FACING THE GROCERY INDUSTRY.

As a commerce veteran with 25 years of experience in the transportation and distribution of grocery merchandise, Chuck understood those challenges better than anyone.

He witnessed the inefficiency and expense created by the deregulation of trucking during the 1980s. He understood drivers’ reluctance to unload freight, and envisioned a better way.

In 1991, Chuck Wall and Jayne Beth, his wife, pioneered the professional unloading industry with the creation of Freight Handlers, Inc. With a reliable and professionally trained staff of handlers, FHI quickly fulfilled Chuck’s vision by bringing new levels of productivity and transparency to carriers, vendors and distribution centers.

The spirit of “finding a better way” continues to evolve at FHI. FHI remains committed to improving the industry and contributing resources to improve the flow of product to consumers.

LEADERSHIP AT EVERY LEVEL
...

Leadership is a process built on trust. It is an intrinsic element of our company, improving performance and equipping each individual associate with enhanced leadership qualities, enabling empowered decision-making at the local level. Meet the team. 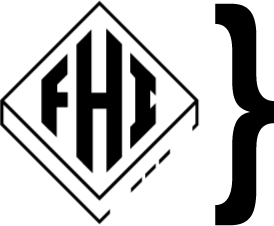 TWO OF OUR GREATEST ACCOMPLISHMENTS WERE A YEAR-END PRODUCTIVITY INCREASE OF 6.65% AND THE ACTUAL DECREASE OF OVER 33,000 OVERTIME HOURS. UNIT DIRECTOR, LARGE PRIVATELY OWNED RETAILER

FHI IS THE MOST ETHICAL, FAIR AND ENJOYABLE COMPANY I’VE WORKED FOR. LEADERS ARE CHOSEN OVER MANAGERS TO LEAD OUR ASSOCIATES. APPRECIATION IS SHARED REGULARLY, WHICH IS REFRESHING. ASSOCIATE SATISFACTION SURVEY RESPONSE

BECAUSE OF FHI, WE HAVE LESS THINGS TO WORRY ABOUT. CUSTOMER TESTIMONIAL

FHI IS SIMPLY ABOUT OUR PEOPLE... AND I LOVE THAT. ASSOCIATE SATISFACTION SURVEY RESPONSE